In the Balkans with bicycle and public transportation: a guide for the cycle traveller

This little guide wants to be a help for all the cycle travellers who are interested in visiting the Balkan countries, perhaps using public transportation for some parts of their journey. It's based on my personal experience (October-December 2013) and on information found in the Internet.

To search for trains, I suggest starting from a map of European railways and from Deutsche Bahn's search engine (which however does not include all countries).

Here are the most relevant pieces of information, divided by country:

Railway website
Bicycles are admitted on all the main lines that go from Ljubljana to Koper, Maribor and Jesenice/Bled. The additional fare is 3,20 €, no matter the distance you are going to travel.

Currently there are no trains that connect Italy to Slovenia. From Trieste you must cross the border with bicycle/bus to reach Sežana or Koper.

Railway website
There are local trains and Intercity trains (not high-speed though). Usually Intercity trains connect Zagreb to the other main cities and some of them allow to transport bicycles (you can verify which ones offer this service on the official schedules at the train stations, anyway there is at least 1 train per day on every line). New trains, both regional and IC, have a big space for bicycles.
The additional ticket doesn't have a fixed price: it costs 30 kuna for the IC Split-Ogulin (7-hour travel), 41 kuna for Ogulin-Rijeka (regional, 2.5 hours). 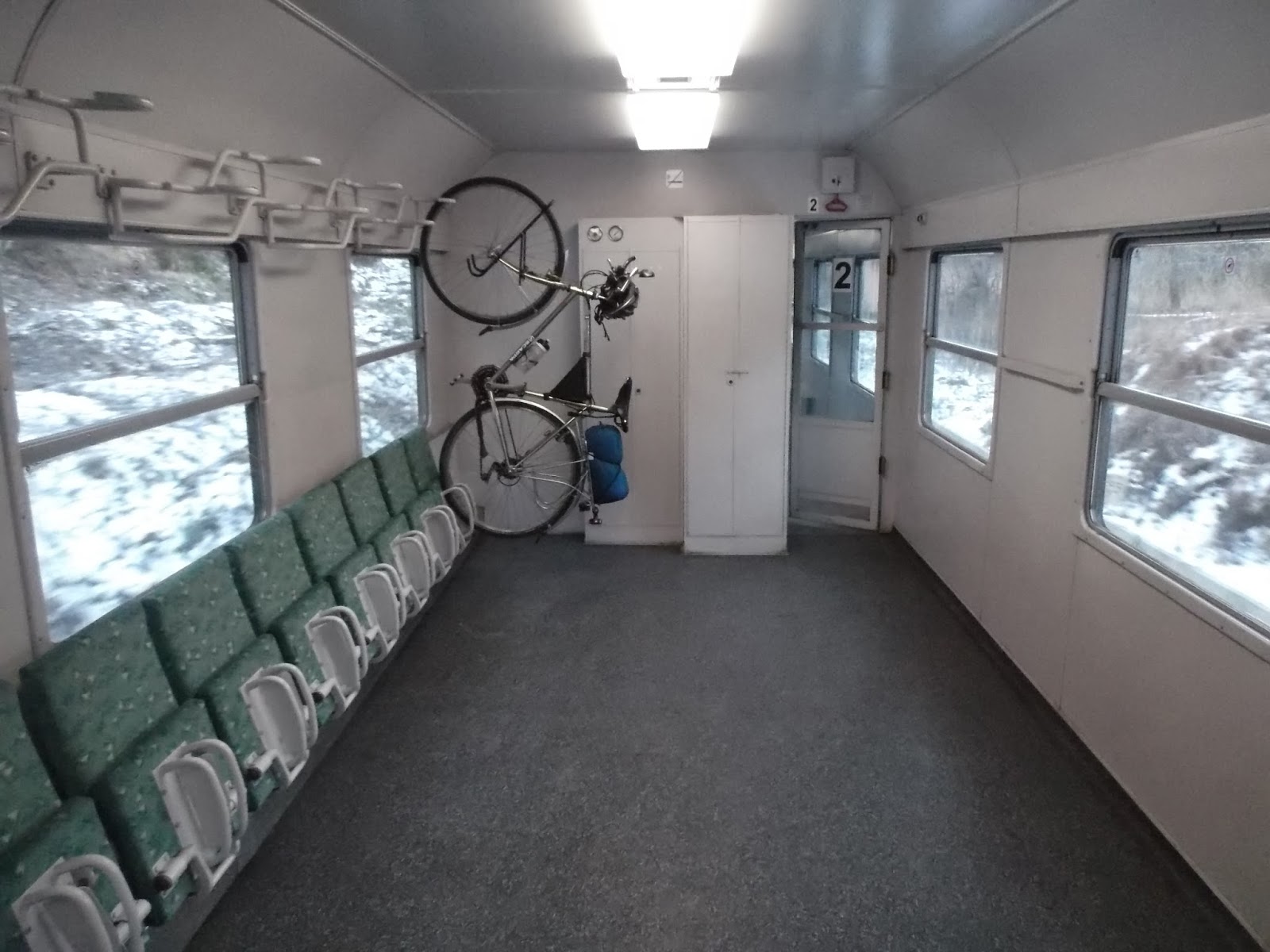 Buses are also commonly used: from what I could find on the web, however, bicycles are only allowed if they are approved by the driver, based on the season and on the available space in the luggage storage.

Railway website
The Hungarian railroad network is quite extended and regional trains also reach many very small villages. Bicycles can be carried in the dedicated space or in the head/back of the train, paying a ticket that costs 25% of the normal price for 1 person. 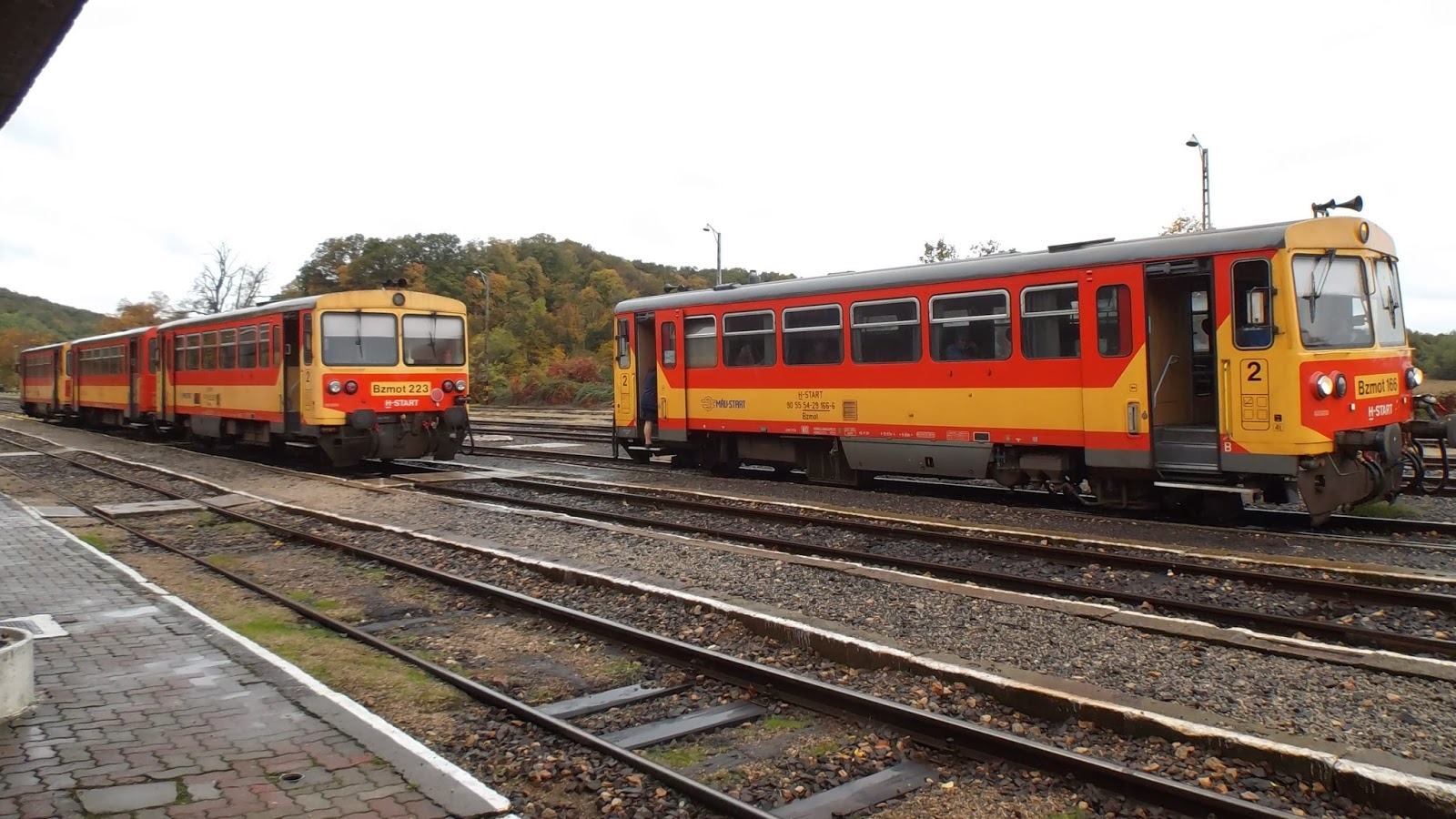 Railway website
Serbian railway service is not so good. The majority of the national trains (not many, to be honest) run on the north-south line Subotica – Novi Sad – Belgrade – Niš. Almost all of them admit bicycles, but actually there's no storage space: you will probably have to stay in the very narrow aisle near the entrance doors and move the bicycle at every station to allow people to get on and off.
Prices are very low: a one-way ticket Novi Sad – Belgrade costs 300 dinars (less than 3 €), with a 100-dinar additional fare for the bike.

International trains leave daily from Belgrade to Zagreb, Budapest, Bar, Skopje and Sofia (1 or 2 every day). The journey Belgrade – Sofia takes 10 hours (at the average speed of 50 km/h) and includes a stop at the Serbian-Bulgarian border (where the Police searches for smugglers). The ticket costs about 20 € and there is no additional cost for the bike.
Just be aware of the fact that I was travelling during low season, when trains were not full. If you travel in the summer, things might be different! Always check in advance if your bicycle is admitted.

Railway website
Bicycles can be carried on all trains paying 2 lev (1 €), both on the modern trains (where there are more empty spaces for bicycles) and on the old ones (similar to the Serbian trains, with narrow doors and steep stairs). Normal train tickets are quite cheap in Bulgaria as well.

Railway website
Due to the mountains that occupy most of the mainland, Greek railway network is limited to the main lines Athens – Thessaloniki e Athens – Korinthos, with a few additional secondary lines. On Athens – Thessaloniki high-speed trains bicycles are admitted only if dismounted and closed in bike bags, like in Italian high-speed trains. In the other lines they can be carried without paying additional fees.
However, be aware that there are no “low-speed” trains that connect Athens with Northern Greece. Also, regions like Epirus don't have railways.

The most common public transport mode is the bus, in which bicycles are admitted without additional tickets if there is space in the luggage storage. Personally, I used the bus to go from Delphi to Athens and I was recommended to take the first bus at 7.30 am to avoid the more crowded ones.

The railway network is almost abandoned and the most popular mean of transportation is the bus. There are “official companies” that offer services with fixed schedules (even if “schedule” is a big word!), and there are also the famous furgons (10-15 seats) that wait at the side of the road until they collect enough people who want to go to the proposed destination. Obviously bicycles can only be carried on the big coaches. The cost of the ticket is ridiculous: for example, the route Saranda – Tirana (via Gjirokastër, Fier, Durres, about 400 km in 6 hours) costs 1300 lek (9 €) + 300 lek (2 €) for the bike. Shkodër – Tirana: 300 + 300 lek.

In Albanian cities there are not real bus stations: different lines can start/arrive in different places, which often are not indicated, so you must find out in advance where is the waiting place for the bus you are interested in. Anyway, even if there's not a German-like organization, the atmosphere of a bus trip through Albania is something unique! 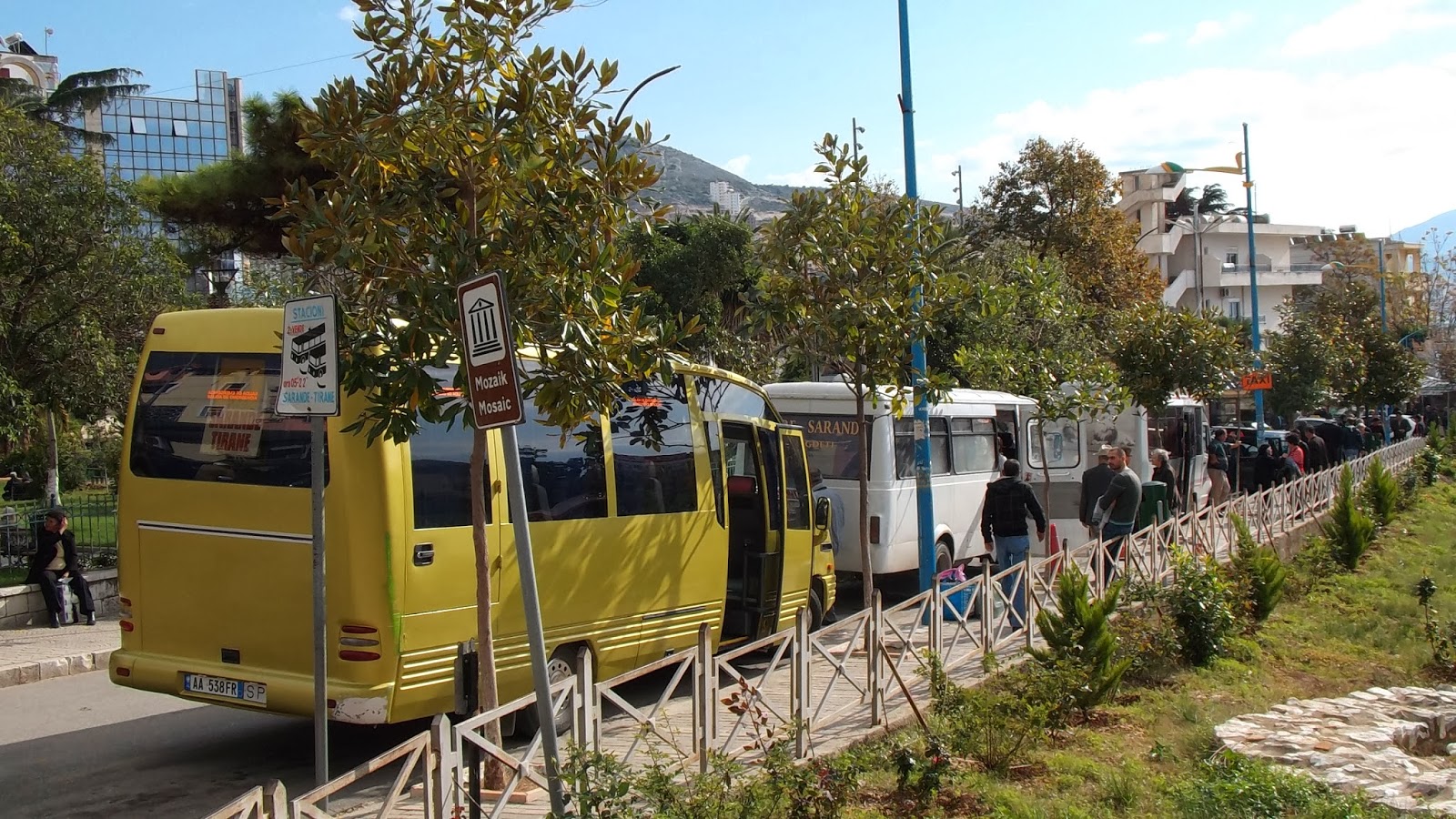 Buses and furgons waiting to leave from Saranda

Finally, because of the huge number of Albanians who live in Greece, many bus lines connect Albanian cities to Athens, Thessaloniki, Volos, Patras and other Greek cities daily. Bicycles are admitted on these buses, as experienced by a couple of cycle travellers I met on the road.

Railway website
The website lists all the daily local and international trains that travel across this tiny country.
The line Bar – Belgrade, which takes about 8 hours, is described as one of the most panoramic European railways, especially in the Montenegrin stretch that runs along Lake Skadar and then crosses the Dinaric Alps.

Buses connect the towns along the coast with each other and with the major cities in the surroundings (Dubrovnik, Mostar, Sarajevo).

Railway website
The website lists all the local and international trains that travel across Bosnia-Herzegovina. Sarajevo is connected to Zagreb (via Banja Luka) and to Ploče, on the Adriatic Sea (via Mostar). The ticket for the train Sarajevo – Mostar (very beautiful mountainous landscapes) costs 9,90 Bosnian marks (5 €) and the additional fare for the bike costs 7 KM (3,50 €). 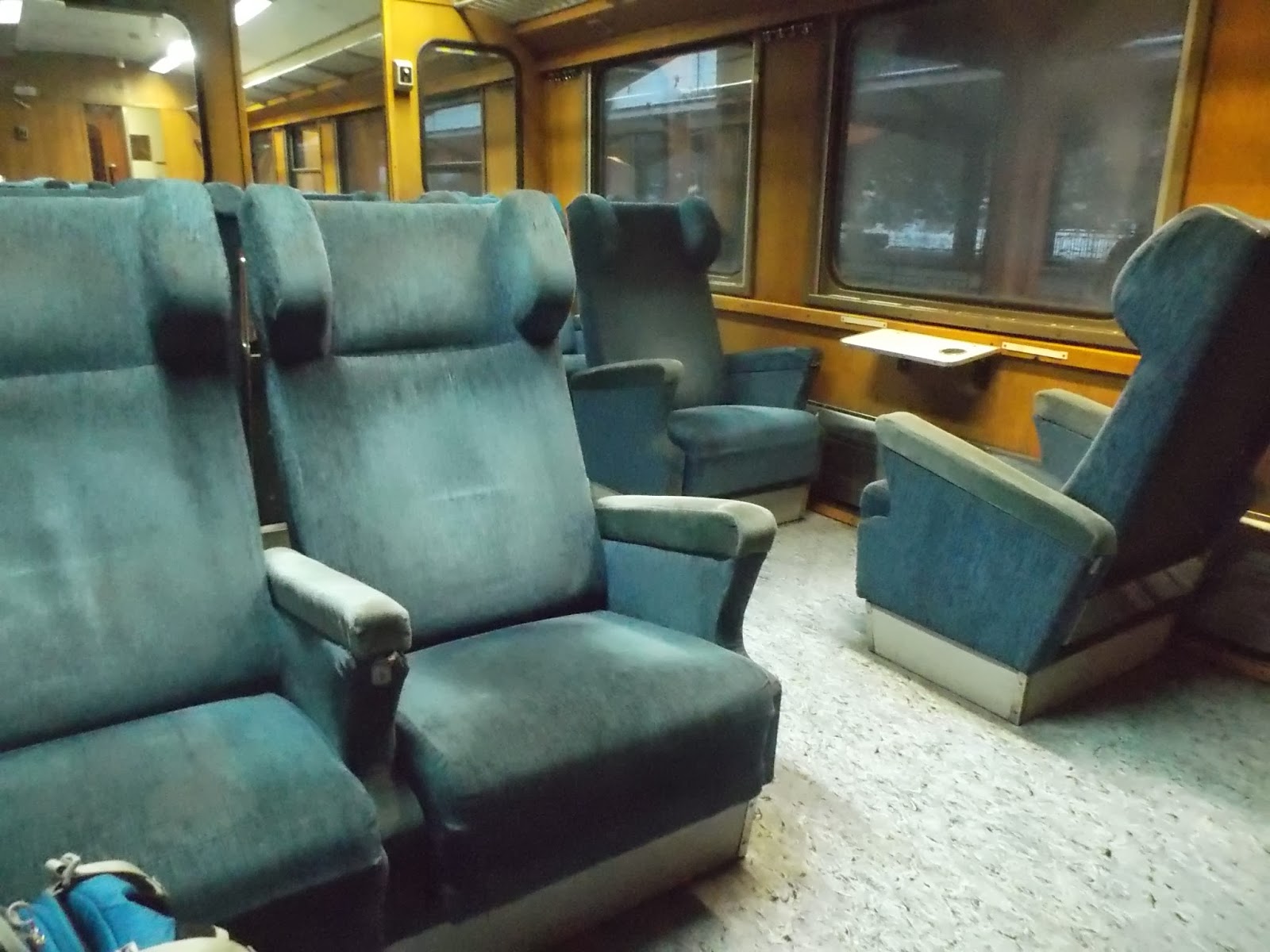 Sarajevo – Mostar on a Swedish train of the 1960s...
Very comfortable seats and huge space for the legs!

Countries I didn't consider in this guide: Macedonia and Kosovo.

Overall, when coming to plan a bike journey through the Balkans, the option of combining biking with public transportation should be considered: this choice can allow you to visit more places and/or skip some climbs, travelling cheap and in a sustainable way.


Even though the cycling infrastructures cannot be compared to Central Europe, the Balkans have much to offer to those who wish to explore this region, admire its naturalistic beauty and know more about the history and the culture of its peoples.
Pubblicato da AEuropeanJourney a 4:51 pm